skip to main | skip to sidebar

Hello, fellow humans! Robert and I started this exciting robot/vegetable blog last year, when we were getting into organic food. Unfortunately we abandoned the project: Little Guy (the robot) was actually even lost at some point, to our great dismay. Don't worry, we found one almost exactly like him on Ebay and bought him immediately (how could we live without him?)... but things just weren't the same.

Anyway, I think you will be glad to know that we've just started a new food blog: the hungry lemur. We promise to keep up with this one and to update it regularly! Thank you so much, everyone who visited here and commented. Neither of us were subscribed to the comments, so we didn't notice any of them until now! It's sad, but I'll be visiting everyone who commented here.

it was beautiful and sweet and tiny. it was really and truly my best friend. and then it was masticated viciously by an uncaring reptile 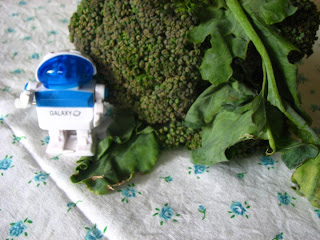 oh!! mister broccoli! it is a great and marvelous treasure to see you again! 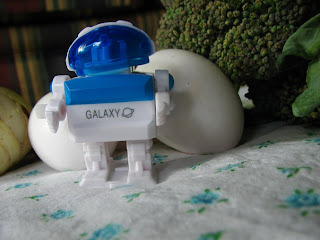 and you brought the pod twins!!! it is amazing how wonderful it is to see you all. i missed you so while the humans held you prisoner in the chilly darkness. 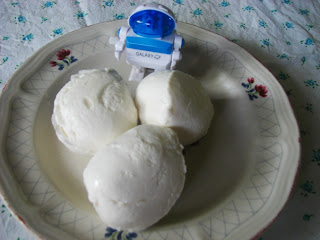 i tremble in terror before your great and wondrous sight. i grant you my fealty, lumpy cow milk! 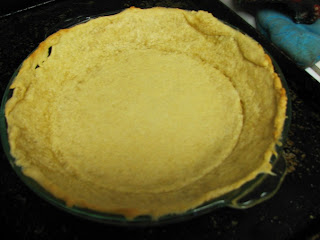 what is this remarkably golden treasure i have discovered? it looks crisp and flavorful. 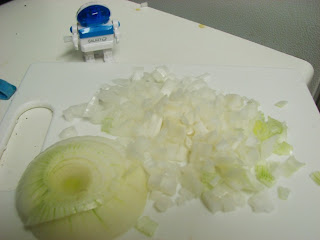 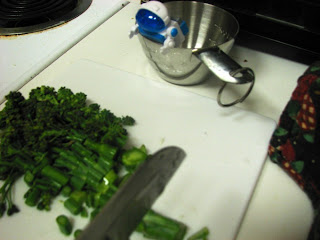 WHAT ARE THEY DOING TO YOU, BROCCOLI a terrifying golden scrumptious grave of horror! they all lay limp and scalded in their hateful grave! 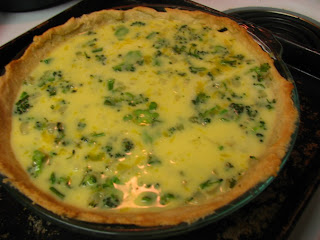 EGG HAS BEEN SCRAMBLED! death, why dost thou look so tempting and delicious? 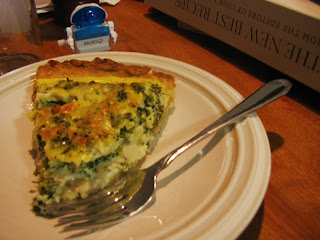 what do humans eat? 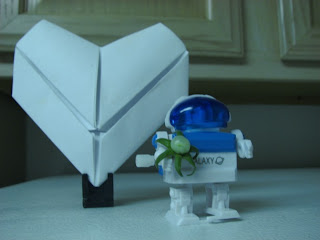 starship love crashed into the surface of the planet quickly and efficiently. the miniature green child was claimed as a victim. delicious verdant infant, unit r173ex4 requests your friendship. a first friend is always the most special! yet you taste like a sour bug. a pox on your house, friend. when your family ripens and turns crimson i will devour them. 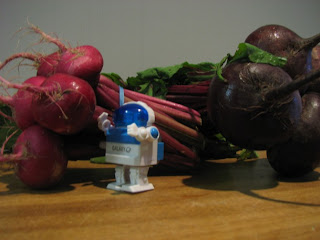 what terrifying world is this? are these giant insects? are they my friends? 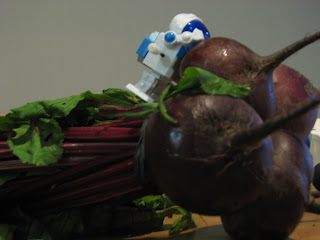 do they feel love? 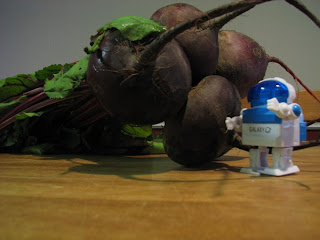 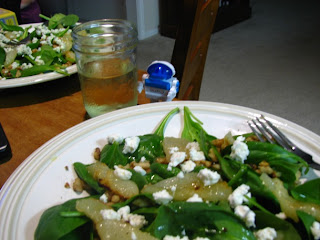 shock and wonder! a spectacular meadow covered in fermented goat milk, burned fruit, and the innards of rock-solid "wall nuts". a wonderful, magnificent friend.
Posted by Rebecca at 4/17/2008 05:34:00 PM 1 comment:

a note from the humans

One day last December, a terrifying miniature robot came into our lives. We don't know where he came from or what exactly he wants or why he stares blankly at us when we speak to him. Until recently, he has lived contentedly on the kitchen bar. We thought he was kind of cute, because he is small and when he walks he waves his arms wildly. We've only recently discovered that he may have motives beyond observing us in daily life. He appears to be extremely interested in learning about food and where it comes from.

I suppose that is why he chose to inhabit the kitchen, out of all the rooms there are. We really only noticed his interest in food when we started going to farmers markets and trying to eat local and organic food. Using razor-sharp hooks, he attaches himself to our shoes and follows us. This little robot, whom we fondly call Little Guy, now accompanies us to all of the places that we acquire food, and he is apparently intensely interested in how we use it.

There is a lot of activity going on with us and the food and the robot, so we thought a blog would be rather appropriate. The robot will do most of the writing; we will only assist in transporting him to markets, photographing him, and bringing him to the keyboard -- it's really quite a sight to see him type out his reports.

We don't know what Little Guy is going to really report here, or what his goals are, but maybe his mission (judging from the mysterious word GALAXY on his upper torso, he appears to be from another planet and is gathering information) will be revealed in time. 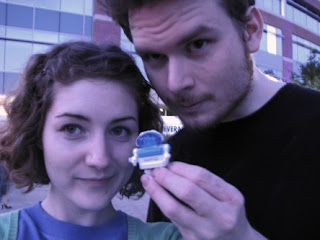 (ABOVE: human captives flinch in terror as the miniature robot maliciously commands their undying fealty)
Posted by Rebecca at 4/13/2008 07:36:00 PM No comments: